The Fundamentals of Bitcoin

You may have read about bitcoin or perhaps have even purchased bitcoins.  Or, maybe you’re someone who knows nothing about bitcoin and wants to learn.   If you want to learn about the funamentals of bitcoin then keep reading. You’ve probably heard stories out there about someone tossing out their old computer with their bitcoin wallet on the hard drive. Their old wallet has the only access to hundreds of thousands of dollars’ worth of bitcoin. And it’s gone. Don’t let that be you!

Many have jumped on the bitcoin bandwagon because of the predictions that the value will skyrocket over the years.

It might seem like a currency like bitcoin that is not regulated as a bank transaction is a good way to secretly obtain currency without anyone knowing your business. The reality is that every bitcoin transaction is a matter of public record. When you buy or sell bitcoin, there is a transaction recorded in the bitcoin blockchain.

Although your identity is not part of that record so that part is anonymous, the actual transaction is anonymous but it is not private. There is a public ledger – the blockchain – that is open to the entire world. Anyone who wants to explore it can go through every transaction.  Law enforcement, including the FBI, have the technology to follow the bitcoin trail. So if you’re thinking bitcoin is private, think again. Because of the mystery regarding bitcoin, there’s a tendency to feel that bitcoin is something out of reach for most people.

Another thing to remember is that bitcoin is digital.  It’s not like regular coins and paper bills that you can hold in your hand. Think in terms of your debit or credit card you use. In those cases, no actual money is being used. It’s all digital.  It’s the same concept with bitcoin.

However, the difference between credit or debit card digital and bitcoin digital is that there are no deposits being made into a bank or any third parties involved. If you are paid in bitcoin, the deposit would come directly from the person, employer, or whomever to your bitcoin wallet. There are no bank charges and there is no danger of hyperinflation. The market cannot be flooded with bitcoins so your stash will suddenly become worthless.

What throws people off is that they think they have to buy a bitcoin which costs a lot of money.   You do not have to buy a full bitcoin. You can buy a fraction of a bitcoin. For example, if a local exchange is selling one bitcoin for say $9000, you can go to that physical location and buy $25 worth of bitcoin.  For that $25 you are buying a fraction of a bitcoin and then if the price doubles in the next few months, your fraction would be worth twice what you paid for it.

The first thing you must do if you want to buy bitcoin is to get a wallet. A wallet is what the software is called that contains our bitcoin.  It’s a place to have some place to access your cash as well. It’s  kind of like a bank account.

Once upon a time, you could use PayPal to buy bitcoins but because of some people claiming that they never got their bitcoin, this particular way of purchasing bitcoins is not as popular anymore. Because of this, sellers are reluctant to take Paypal or credit card payments for bitcoins.

As a result, workarounds have appeared. One example is Virwox, which is The Virtual World Exchange. You fund your Virwox account with Paypal and then use one of Virwox’s other currencies to buy bitcoin. The bitcoin seller is never hit with a chargeback. There is a fee attached to an exchange such as Virwox.

One of the biggest exchanges, Coinbase, accepts PayPal for bitcoin sells. They also accept credit cards for bitcoin buys. You can also link your Coinbase account to your bank account. Coinbase and Circle are two of the well-known exchanges and in comparison, Circle doesn’t charge a fee for buying – unless you use a credit or debit card. Coinbase charges 1%.

If you check Craigslist for bitcoin sales, you are apt to find stores where you can walk in and buy bitcoins for cash. You will find people selling items and accepting bitcoin for payment.

If you feel bitcoin savvy, you can sell your own stuff for bitcoin payment or provide services and accept bitcoin currency.

When you buy bitcoin on an exchange, there is usually a transaction fee charged by the exchange or some other method for the exchange to profit from the service provided.

Where Can I Buy and Spend Bitcoin

Some larger areas have bitcoin ATMs. The prices are comparable to exchanges. This is a convenient process.

Another source for bitcoins is eBay. The seller wants a selfie of you holding your passport or driver’s license so they can compare your face to the ID and your name with the Paypal account.

Be careful not to fall for bitcoin scams such as people selling a gold plated physical bitcoin. The seller may call it a commemorative coin. As stated earlier, bitcoins are digital.  You will not find a physical bitcoin. No such coin exists.

Some stores that accept bitcoin when spending include Overstock and Microsoft. eGifter sells different gift cards accepting bitcoin as payment for the card. There is no additional fee for paying with bitcoin.

One of the reasons for conventional stores to be slow in adopting bitcoin as a payment type is the instability of bitcoin. There were fears of selling an item one day and having bitcoin plummet the next day.  Another factor is that every transaction requires verification and this can take up to 30 minutes.

Since the success of bitcoin, other cryptocurrencies have emerged. Some of the more well-known ones include Litecoin (LTC), Ethereum (ETH), Zcash (ZEC), and Dash (used to be Darkcoin).  The currencies worth can vary depending on the company.  At the end of 2017 for Litecon the current prices in US dollars were $69.  For Dash is was $ 454!  So you can see how much it can vary.

Information on alternative coins to bitcoin depends on which sources you turn to for your information.

It is important to be aware that the future of cryptocurrency is uncertain.  No one can be sure where it’s headed.

Always do your best to do thorough research when considering investing in bitcoin.  We are living in some interesting times.  In this day and age, anything and everything can happen.  Bitcoin is a good reminder not to put all your egg in one basket.

Have you brought bitcoin?  If so, has your experience been good?

More from my site

You are more likely to achieve your goals by writing them down: Don’t have a Life Planner yet? This one is awesome! I love it and use it everyday. 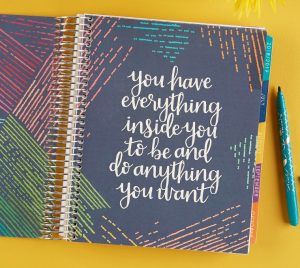 Become the best Virtual Assistant ever!

Learn how to make money on your website or blog with my Ebook Course: Affiliate Marketing for Bloggers 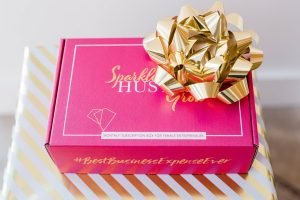 This website uses cookies so that we can provide you with the best user experience possible. Cookie information is stored in your browser and performs functions such as recognising you when you return to our website and helping our team to understand which sections of the website you find most interesting and useful.

Strictly Necessary Cookie should be enabled at all times so that we can save your preferences for cookie settings.

If you disable this cookie, we will not be able to save your preferences. This means that every time you visit this website you will need to enable or disable cookies again.

Saving Money Today for Future Financial Security It's never too early to start saving in an effort to achieve financial...